For Christmas, Corum Covers Its Golden Bridges In Snow

Christmas is in the air: just in time for the festive season, Corum is releasing two new versions of its Golden Bridge with a new «snow» setting. Made exclusively of diamonds, the snow setting involves arranging a random number of diamonds of all sizes in such a way that together, they cover up the entirety of the metal. It is a high-level jewellery practice for two reasons. 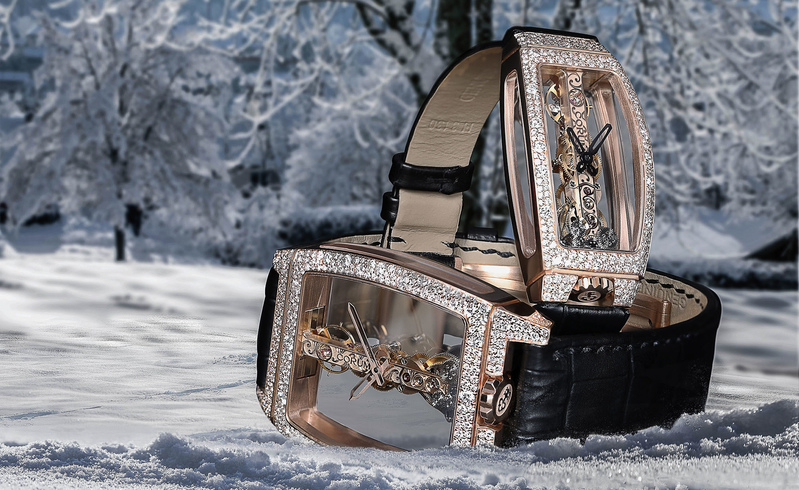 Firstly, the meticulous choice of the placement of each diamond. Though each one is different, they must still be as close to one another as possible, interlocking to the micron so the edges are almost touching. There is thus no consistency in this task, one which breaks away from the mechanics of brilliant and baguette cuts where all the diamonds are interchangeable. In a snow setting, it is the setter’s own experience and daring which are at play. Each diamond is individually chosen and placed. The final composition is similar to a fresco or an expressionist painting, featuring many diamonds set individually and creating, together, the coherent image of a whole. 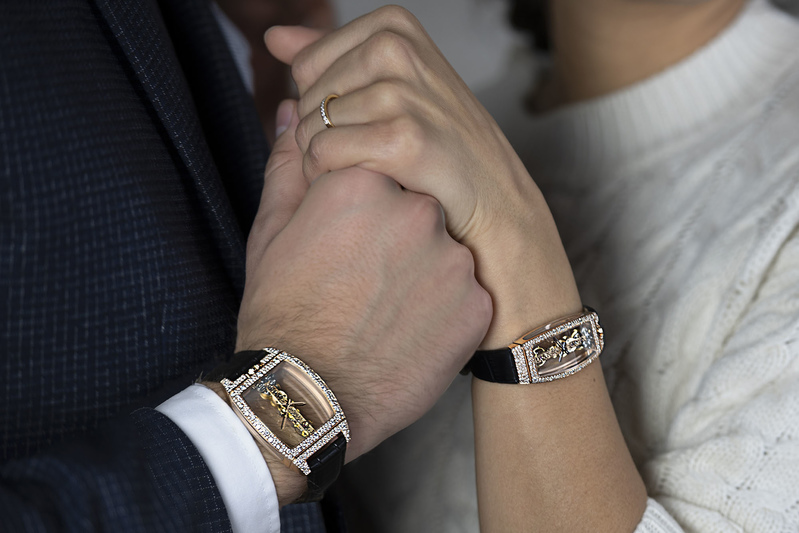 Next, there is the setting itself. As each diamond has a unique size, so too must each claw used for setting. It is a task requiring extreme precision which prevents the setting from being standardised, as each claw is individually worked to set its diamond and it alone. 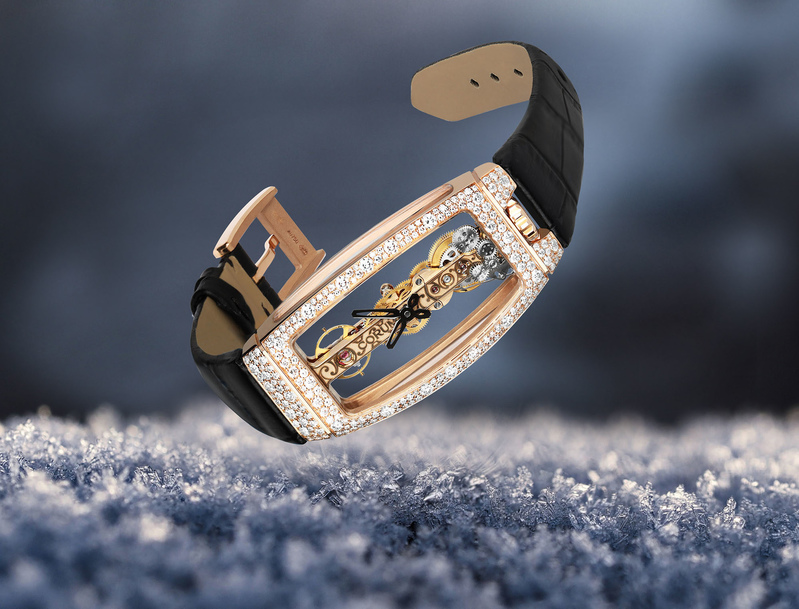 «Ultimately, each snow-set Golden Bridge is completely unique», explains Jérôme Biard, CEO of Corum. «They are at once true Fine Watchmaking and Fine Jewellery pieces, and we will never make two which are identical. This covering reflects Corum’s philosophy of thinking outside the box, of breaking with convention, to offer our collectors a calibre that is completely unique, our baguette movement, and a highly exclusive setting that had almost never been used in Corum’s history». 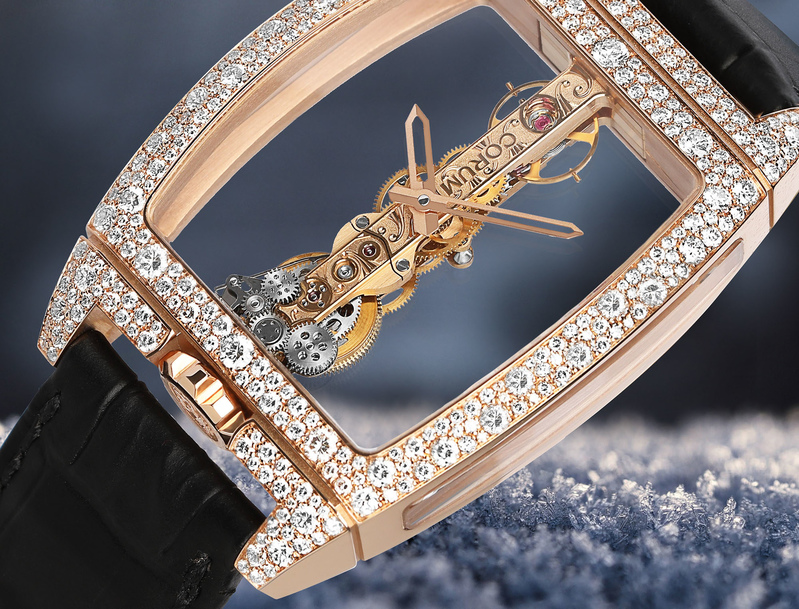 Two models will be available in the snow setting: the Golden Bridge (with a 34 x 51 mm barrel — shaped case) and the Miss Golden Bridge (21 mm x 43 mm). Each case is fully set, including the crown, giving a unique glimmer to the baguette movement which stretches up and down the case and is entirely visible through the anti-reflective double sapphire crystal.